The Voice of Kali Code

He squatted into the river, pulled his pants down, and emptied his bowels. It was perfunctory. 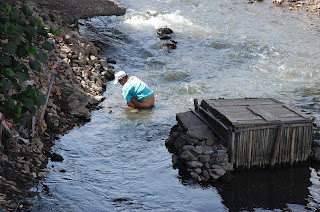 Doing his business, and unfortunately, we managed to get it on tape. Sorry, stranger!
56 families live along the river, Kali Code. The river that runs between the two rows of rundown houses forms an intrinsic aspect of local life at Kali Code: defecating.

“It isn’t so bad now, the pollution, compared to last time,” said Atmo, an 84-year-old resident. He then broke into a toothless grin. When asked if anything could be done to improve life at Kali Code, he wished that prices of basic necessities could be reduced to cater to Kali Code’s meager living standards.

A sense of heritage runs rife in the community. “I wouldn’t want to live anywhere else. My family is here…I would want future generations to live here too,” said Atmo, who lives with his 20-year-old grandson. 45-year-old Priyati who makes a living selling chicken noodles has adult children who live nearby in Kali Code itself. The head of Kali Code community, Drs. Darsam, boasts that strong ties bind the community together as one. When the government proposed the building of flats to replace the rundown houses, the community protested, defending these houses as important symbols of poverty that should be preserved for education. In addition, according to Drs. Darsam, if a particular family learnt that amidst the community, they were the sole recipient of a governmental financial assistance package, they would refuse to accept it as a show of solidarity with the rest of the Kali Code residents. This is to effectively avoid any potential division among the people who seem to live by the motto ‘all for one and one for all’. 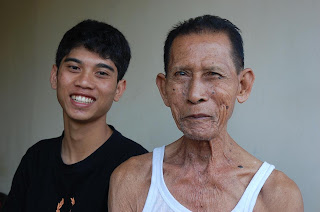 Atmo and his grandson
200 people dwell in cramped, squatter-like conditions, with mattresses strewn haphazardly on the sidewalk, and clothes lines running rampant, dotting the neighbourhood. Even while they live next to a river that reeks of contamination, laughter and incessant chatter constantly resonate throughout the neighbourhood. Little children squeal as they frolic in the river, and chase one another near the doorsteps. Faces of wizened old men and women wrinkle into smiles at the sight of visitors, like us Monash students. “I like this place. It is convenient to stay here. I can walk to shops to buy things whenever I want,” said 45-year-old Priyati.

Graffiti with designs as simple as life at Kali Code splash across the wooden walls of homes with bold vigour. This vibrant energy that reverberates throughout Kali Code reflects the passion that drove the prominent Romo Mangun to spearhead projects that have improved the lives of many at Kali Code. His launching of a hunger strike to protest the local government’s decision to evict the community brought international attention to Kali Code in the year of 1986.

Romo Mangun’s desire to fight poverty lives on, etched not only in the architecture of the buildings that he designed in Kali Code but also in the heart of Drs. Darsam. As the villagers’ leader, he ran for the recent Indonesian elections with one aim in mind: to make a significant impact in the lives of Kali Code.

“Without a representative voice, there is no direct way to elicit help from the government. No one listens if you don’t have power…there has to be a voice for Kali Code, and that is my mission,” he said.

So while Atmo wishes for the installation of more basic facilities, and the little boy squats in the river and empties his bowels, they know that someone is speaking for them, and fighting for them. 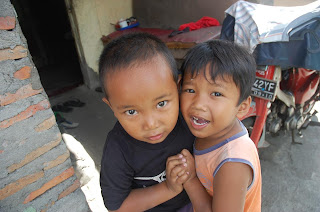 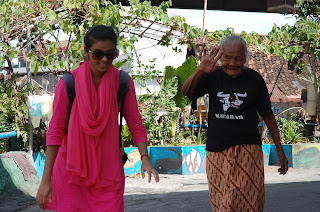 Abeer talking with one of the elders 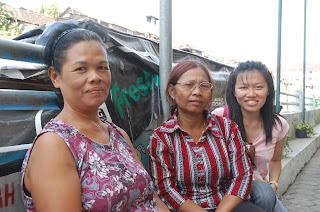 Wui Jia and the residents of Kali Code


WRITER'S PROFILE: Wui Jia is the only Psychology major (and Writing minor) in this trip. Coming from Penang (Malaysia), Wui Jia may seem like the shyest among the bunch- possibly because prior to the trip she has not known any one of the students! Yet now Wui Jia has become fast friends with all of the students in the trip.
Posted by Monash