The sunrise in Indonesia is earlier than in Malaysia. At six o’clock, people are getting ready for the day’s activities. We had an early journey today, leaving around 7:10am and proceeding to leave the hotel for higher ground known as Ketep Pass, to get a view of the volcano, Mount Merapi.

It took us about an hour and a half to reach our destination. At beginning of this trip, most of us were sleeping and resting in the bus. This was not only because we needed to get up early in the morning but we had a full day scheduled for us. The scenic landscape we witnessed on the journey towards Ketep Pass was breathtaking. 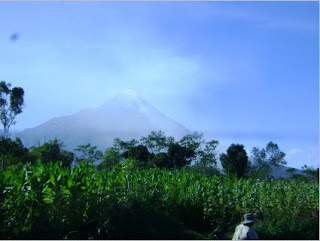 View of Mount Merapi from inside the bus
Snapping away on our cameras, the views, such as the one captured above made me wonder whether these farmers realize the dangers of living near an active volcano. Nana, our student guide gave me more information on the matter. According to her, Javanese people are aware that they will have to pay the price of reaping the benefits of volcanic soil and they understand the risks of being near an active volcano. They love the land deeply because the share a bond between the land and the volcano, connected by a person known as Mbah Maridjan, their ‘spiritual leader’. Nana told me that Javanese people rely on the information from him more than the government and they will not budge unless he commands them to do so. 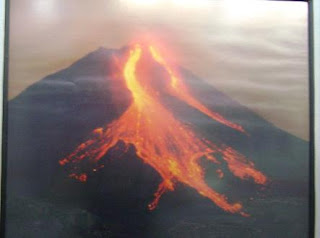 Mount Merapi during an eruption
As the bus continued to ascend the dirt road, the temperature began to drop. When we reached Ketep Pass, everybody was shivering from the strong winds that were blowing. We took many photos given the picturesque landscape in the background.

After that, we made our way to the Ketep Volcano Centre, which exhibits educational materials on Mount Merapi. A model of the volcano at the center of the museum showed us the movement of volcanic activities, as did The Ketep Volcano Theatre which provided us a documentary of the volcano.

After the screening, we had a half hour of free sight-seeing time until we continued our journey to “one of the forgotten wonders “—Borobudur. Borobudur is a ninth-century Mahayana Buddhist Monument in Magelang, in Central Java. We had a guide to introduce us to the history background of the Borobudur. The tourists comprise primarily of locals who oddly enough, were very keen to take pictures with us. One begins to wonder whether we were as inconspicuous as we believed ourselves to be. 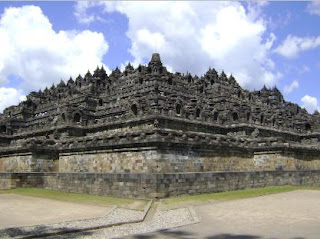 Candi Borobudur
Finally, we arrived at our last stop for the day—Parangtritis, the south beach. According to folklore, the queen of the South Sea loves the colour green and anyone found wearing it run the risk of being dragged into the ocean as her slave. We enjoyed ourselves thoroughly at the beach, where Dominique took a horse ride along the beach side. Shazwan and Rashaad played the role of street musicians and managed to earn 14500RPs. We rounded it off with another group photo against the background of the sunset, our longest day but by far the best day yet. 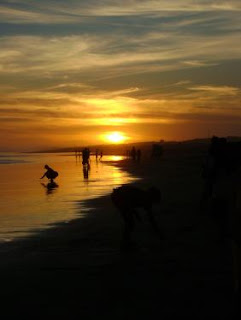 *View pictures of the day from our photo album


WRITER'S PROFILE: Wei Jia Xi or Cici, is studying Bachelor of Arts majoring in Communication. Coming from Chongqing, China, Cici loves to eat spicy food and has a particular interest in film and video recording. She is part of the video team, where she has learned new things, and feels thankful for having the opportunity to participate in this trip
Posted by Monash