(A scene where Kevin appropriated the “power and superiority” by disguising as a white woman and make demands he never enjoyed as a black man. )

The movie White Chicks crossed my mind the moment I stepped into our hotel. This is no Royal Hampton. It’s THE Hotel Puspo Nugroho. The hotel that was so unbearable that it gave the fellow pathfinders a sense of togetherness. For once, there’s something that everyone agreed upon, the accommodation could have been better…..WAYYYY better. Maybe this is Dr Yeoh’s little trick to make us bond.

So how should I start describing Puspo Nugroho, I guess the fact that I have no pictures of that place to show in this article meant a lot – staying there are not memories I’d want to keep. The smell of the dingy room, the cockroaches that lurk in the toilet, the grimes that stained the sink and the blanket that we used oh-so-reluctantly are just traumatic to us city kids. Nonetheless, we survived without a scratch, just a few miserable nights and the lust for our sweet, sweet bed at home. 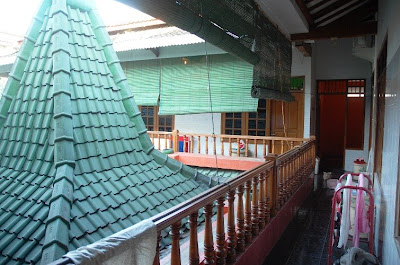 In fact, the hotel WAS supposed to be way better but things just did not go according to Dr Yeoh’s plan. Following him and Aron one night through the streets of Losmen and Sosrowijaya, I found paradise. There’s a reason for Dr Yeoh’s eagerness to show us the hotel we were supposed to stay in – Setia Kawan, an artsy-fartsy place perfect for us artsy-fartsy arts students. As he skillfully led us through the alleys which he knows like the back of his hand (from all the hotel scouting), he explained why we were stuck in the dingy hotel instead of THIS. Ta-da! 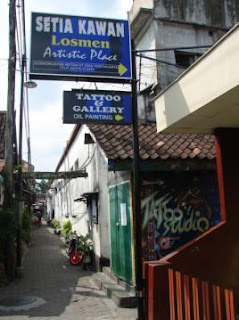 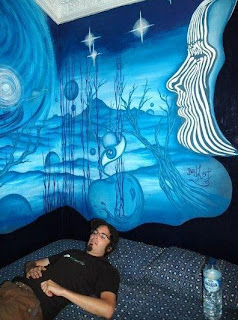 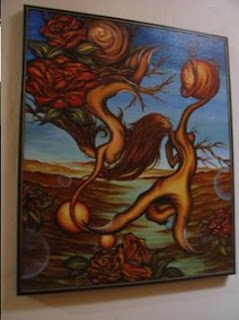 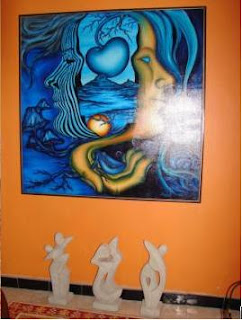 multiple views inside Setia Kawan losmen, all retrieved from google
The room rates began at Rp.80,000 per night, the environment was fabulous and there were Internet services near the lobby, perfect for the editorial team. To top it all off, the rooms were air-conditioned (not as environmentally friendly like Puspo).
Then we stopped by Bladok , equally posh with a private swimming pool and a tad higher price.
And why you wonder did we not get a chance to stay at these places? One common thing, the place is flooded with White chicks and dudes only. Aaah, this is the perfect case study for post-colonialism and white supremacy. The hotel owners (colonized locals) still hold on to the perception that the Whites (Western colonizers) are of superior status and class, more affluent and the mere association of their hotels being the Whites’ preferred choice is a status symbol of quality and prestige. As Dr Yeoh mentioned, if only he had known earlier that there are 3 Australian students on board this trip, he would have used them to bait the hotel owners to take us in as “international” tourists instead of a bunch of students from Malaysia. It’s not being manipulative but just framing the truth to suit the local context, let no one take this to heart.

Despite their long winded reasons for not accommodating us, Dr Yeoh persisted with letters, showing the previous works and blogs as well as the association to the “prestigious” Monash University in Australia. Alas, the hotel owners stood strong on reserving their rooms for “the others”. Tough luck for the non- whites. (Note they do not discriminate Asians and if you come in a small group of 2-4 they would definitely welcome you. It’s just that there are “special priorities”).

Hence, that explains the story of our miserable stay in Puspo Nugroho, the last resort, literally. Nevertheless, these days should end as postmodernism rise where race and nationalities shall inhibit no more.

Okay, enough of whining about the hotels. Puspo Nugroho is not that bad after all, they have a very nice member of staff and that is the key factor that gave us fellow pathfinders a common hate subject, excuse me, a common ground. And no, none of us threw a fit but did our best to accommodate and survive the place as well as we can….just like any well-mannered kid would. We survived because we are Monash material.

WRITER'S PROFILE: Eunice graduated from Monash two years ago and is now working for L'Oreal as a management trainee for Shu Uemura. She enjoys hiking and is one of the most enthusiastic for hiking Mount Merapi, but changed her mind after realizing that hiking there would require much preparations.