The Art of Understanding the Javanese

Being a Javanese is partly about genealogy, but mostly it is an elaborate art that you have to learn through a long process. It is not as simple as many people think it is. As a Javanese, you learn the customs, norms and values mainly from your nuclear family. However, a Javanese is greatly influenced by the extended family and the whole intricate Javanese society in which he lives. Javanese culture does not only teach its people to respect each other, but also to respect others who are not of Javanese descent. Sometimes it might cause confusion for people from other cultures who do not know Javanese customs, norms and values well. One of the many characteristics of the Javanese is that they want to keep things in harmony, and in order to do so they will try to avoid conflict with others, even if this means they have to “swallow the bitter pills and pretend that those are candies”. Those who do not understand this concept of keeping things in harmony might think that Javanese people in general are pretentious, and superficial. However, once they understand that maintaining the harmonious condition with people around them is a must; people of other cultures will get along well with the Javanese.

So, if you want to understand the Javanese better and get insight regarding the going ons in their lives, especially on how the Javanese relate to people of other cultures, here are some important tips for you:

* The polite language
Javanese people always use polite language when they talk amongst themselves. Unlike Bahasa Indonesia, Javanese has many variations of the same language which differ in usage. The differentiation is mainly based on whom you are talking to. For talking to older people, they have to use the kromo inggil (the highest level), while the ngoko variant is used while talking to ones peers. 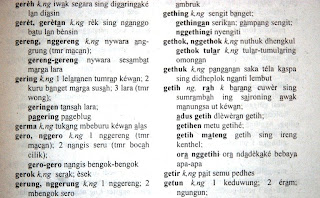 Javanese language has many variations
* The tendency to say “YES”
Saying YES is almost an obligation for a Javanese. They say YES to almost anything to please other and keep things in harmony. It is considered to be “un-Javanese” to say NO when someone asks for their favor. Foreigners might have a hard time working with Javanese for they always have YES as an answer, but may not always be able to fulfill their YES. The thing is, non-Javanese do not understand that the Javanese usually say YES because they are reluctant to make the other party upset by saying NO.

For example, a Javanese will say YES to someone who asks for his favor to do something although he or she is actually really exhausted or do not even know how to get the favour done.

* The Saving Face (indirectness)
The next characteristic of the Javanese is the tendency to 'save face'. They usually do that by saying something indirectly. They will not go straight forward in rejecting something. They tend to speak as long as they can and it is just to minimize the “lost of face.”

Those are the things you need to consider when you try to get to know the Javanese. I know that it is difficult to understand other people's culture, especially within a short time, but having an open mind towards other cultures no matter how different it is from yours is already one big step to get you closer to understand the Javanese and their culture.
Posted by Monash