The Javanese Culture ( Mind Your Language)

Upon visiting a foreign country, getting to know bits and pieces of the language will always come in handy. Even though the country visited could have similar culture as our country of origin,it is still important to maintain local courtesy and the right intonations of the language. Coming to Yogyakarta opened my eyes to its different styles of language and how each style differs according to the age and social status of an individual.

The Javanese language is used by almost 2/3 of the people in Java and it is divided into 2 different dialects depending on the social and geographical position of the speaker. The social dialect simply distinguishes the commoner from the Kraton royal family. This difference is similar to the Malay spoken by the local Malaysians and the Malay spoken by the royal families in Malaysia. The Javanese spoken by the local in Yogyakarta and Surakarta both located in Central Java are considered to be the standard Javanese, also known as the “Madya” style of Javanese. The “Madya” style is considered the standard Javanese, as it is the middle ground between the “Kromo” style of Javanese which is used by the royal family and upper class and the “Ngoko” style of Javanese which is used by the lower class. 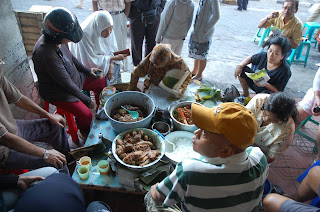 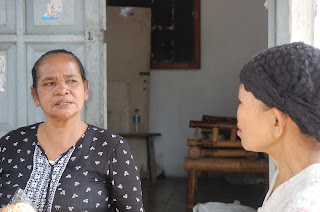 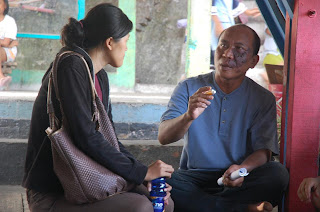 'Madya' Javanese has become the standard of the Javanese Language
Basically, the Javanese language is divided into two umbrella categories,Ngoko and Kromo and after sometime within the Ngoko style itself, there has been an evolution into Ngoko Kasar and Ngoko Halus which is a mixture of Ngoko and Kromo. Within Kromo itself it is then divided into 3 parts from the least refined to the most refined ones which is Ngoko, Madya and Kromo. The Ngoko style of conversing is usually used for any informal speech between peers, close relatives, among younger speakers and also by those of a higher ranking to the ones of a lower one. As for Madya it is an intermediate between Ngoko and Kromo where the speech is not too formal and informal for instance between strangers or seller and a customer. Finally, Kromo is used fully when conversing with the elderly and people of higher social status even for public speeches and announcements. The Kromo style is also used widely within the Kraton as it is the most refined dialect of the Javanese culture. Within a conversation in the Javanese language one way on how the styles can be distinguished is by its choice of words used in their conversations.For example, the word “to eat”, in Ngoko is “Mangan”, whilst for Madya it is known as “Nedha” and in the Kromo language it is known as “Dhahar”. All three words have the same meaning but it carries a different rank of politeness and should be used accordingly. 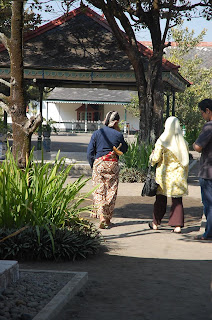 People of the Kraton converse in 'Kromo' style Javanese
The Javanese language is indeed a very complex language and thus is definitely not an easy one to learn. Due to its wide differences and wide range of applications that vary according to the social and geographical differences among its users.

Nonetheless, it is still crucial to have at least a basic knowledge of the language and its different styles and dialect, lest you inadvertently offend a local due to the wrong choice of words, or intonations. 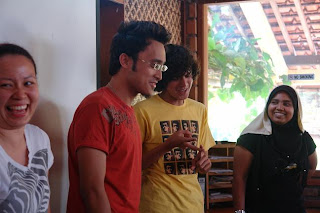 WRITER'S PROFILE: Feeza is currently a third year student (hopefully graduating in 2 days time) majoring in International Studies and minoring in Communication. She is an absolute crazy one. Laughing is her middle name and she is always in love with children. One of the most veteran travelers in the IN SEARCH series organized by Dr.Yeoh and Monash University Sunway Campus, Feeza is also a person with a very complex heart and mind. She hides her feelings a lot (seriously) but adores her family and friends to bits. =)
Posted by Monash