The day started at 9am. We the students of Monash University, Sunway Campus comprising of 19 students from 5 different countries (Australia, Malaysia, Singapore, Indonesia and China) began Day 5 of our study trip In Search of Yogyakarta 2009. Our first session for today was the women's group Rifka Annisa.

Rifka Annisa is an action group catered for Indonesian women who've had encountered social problems like domestic violence and discrimination. The Non-Governmental Organization (NGO) was formed on 26 August 1993 in the name of Rifka Annisa Women's Crisis Center. It became the very first Women Crisis Center (WCC) to be formed in Indonesia to cater the needs of women that were facing all sorts of trouble pertaining to their rights. The NGO had compounded a list of ecological factors that dictate the ways in which women's rights abuse are perpetuated. 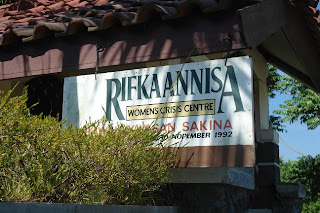 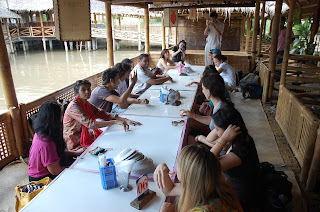 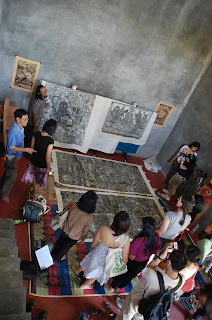 Session at Taring Padi
WRITER'S PROFILE: Jinn Wei is a Writing & Communication major from Malaysia. Intrigued when he read books and saw videos of the various street murals in Yogyakarta, Jinn Wei wondered whether there was a deeper meaning behind those murals other than being colourful and fancily designed. The fact that these murals which would have been labelled 'graffiti' in other places served the positive purpose of creating a colourful street atmosphere unique in Yogyakarta drew him to investigate more about them.
Posted by Monash